The importance of John Lions to computing history has spanned decades and continues to do so. In 1976 he published, through the University of New South Wales, the Lions' Commentary on UNIX 6th Edition, with Source Code. The book was both explanatory for the UNIX kernel, but also as a teaching tool. The content was extraordinarily well-written, explaining difficult concepts with a remarkable coherence and also engaging in an early form of instructional scaffolding. When AT&T released UNIX v7 they specifically prohibited "classroom use" of the content, leading to thousands of educators, engineers, and learners around the world photocopying the "Lion's Book", making it the most illegally copied book in computer science history. It wasn't until 1996 when the Santa Cruz Operation, the new owners of UNIX, allowed for its legal publication. Of course, Lions was an academic (associate professor) and involved the community as the founding president of the Australian UNIX User's Group.

With this in mind, the University of New South Wales organised an extraordinary one-day conference with some of the most impressive figures in global IT infrastructure for the last fifty years. UNIX co-creator (and B language inventor, and Go language co-creator) Ken Thompson started the day with Scientia Professor Gernot Heiser. A former student of John Lions, and chair of the organising committee, John O'Brien contributed with the always incredible Brian Kernighan in a thoroughly charming and clear description of the design principles behind UNIX. Kernighan, always able to enunciate these features, noted the great importance of operators such as pipes and redirection statements and the use of regular expressions. I could not help but feel a small sense of gratification knowing how much I emphasise these features in my own teaching. It is difficult to imagine what high performance computing would be like without such components.

If there was an area that was somewhat unknown to me was the content-rich material by Margo Seltzer one of the original developers of BerkeleyDB, and she explored some of the conflicts that existed between databases and operating systems and how UNIX's development worked well with BerkeleyDB. Rob Pike, co-creator the Plan 9 operating system, co-author of the UNIX Programming Environment, and co-creator of the Go language, provided an inspiring overview of the development and recent innovations of the latter, while Andrew Tridgell, creator of Samba and rsync, gave his take on the development of FOSS over the years - and with a particular illustration of the "French cafe" method of learning proprietary protocols.

It was not all deep-tech however, and the supporting processes are also a necessary (and often understated) part of the development of our major IT technologies. Butler Lampson spoke in a careful, detailed, and structured fashion on the design of computer systems and fielded a question on the relevant benefits of FOSS systems quite well. Elizabeth Churchill provided a very handy overview of how the emphasis on user experience over the years has a concurrent meeting for developer-experience, especially using Fuschia and Flutter, and current president of Linx Australia, Sae Ra Germaine, gave some handy advice on the management of communities, especially including the less salubrious parts.

The final two presentations, by Gernot Heiser and Andy Tanenbaum, were certainly capstones on the formal proceedings of the day. Gernot gave a potted history and rather impressive current deployments of the sel4 microkernel which provides security and performance on the kernel layer. I am especially interested in its RISC-V implementation. The final presentation of the day was by Andy Tanenbaum, creator of Minix, and author of two of the most well-known books used in computer science education on Computer Networks and Operating Systems. Apart from raising the classic debate between himself and Linus Torvalds over the relative virtue of micro vs monolithic kernels. Tannenbaum did make the very important point that the Lions Book led directly to MINIX, which led to Linux, which lead to Android (and to which I will add with BSD UNIX and MacOS X also following having a lineage to Lions). In other words, almost everything that we really know about computing today has been profoundly influenced by John Lions.

Finishing the day were announcements by Heiser for the establishment of the UNSW Centre for Critical Digital Infrastructure and a significant John Lions prize for Open Source aligned with the Centre. There were also final words by the UNSW Vice-Chancellor Ian Jacobs before we departed to an evening re-dedication of the John Lions Garden. It was during that time I engaged in conversation with his brother, his wife Marianne (who gave a charming speech), and his two daughters, both of who were impressed but I suspect a little mystified on the importance of their late father (Pixel, the family dog was quite a character as well). I must also mention, courtesy of spending of much of the day in his delightful company, the contributions of one John Wulff, and especially his basic assembler language, balad. I look forward to further correspondence with this very experienced engineer from a different era. 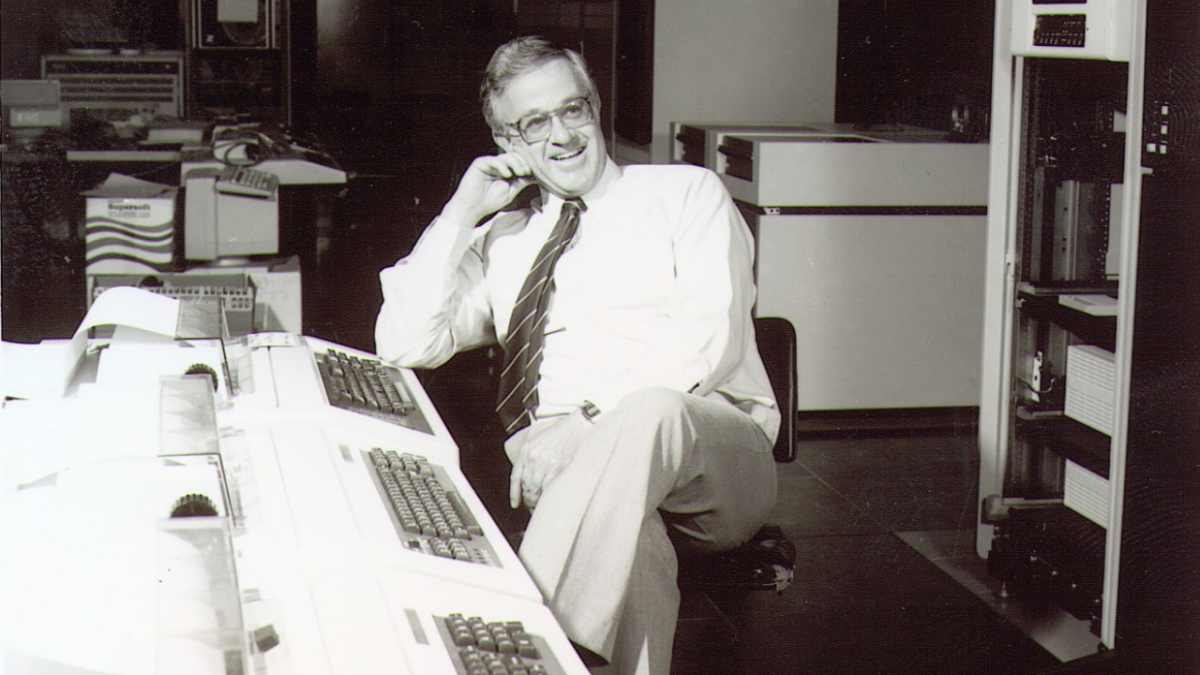