Psychic Vampires from Without and Within

The past few days I've been quite influenced by a short essay by Brianna Wiest, which starts with quite a kicker: "It is the hardest thing you will ever have to do, and it will also be the most important: stop giving your love to those who aren’t ready to love you. Stop having hard conversations with people who don't want to change." Ultimately, this is arguing for equality in all relationships. Equality is not a matter of capability or social position. Everyone is unequal in some regard; some people are stronger, some people are smarter, some people know more, some people are richer or have higher status, etc. Individual differences and capabilities are inevitable. Social differences, especially systemic differences (wealth, power) are a little out of our control, barring social change through effective collective effort.

But between people, the one thing that we can be equal in our relationships is concern, care, and effort relative to personal capacity. In other words, if you make a consistent effort to help a person when they are in need, and they are conspicuously absent when you need help, then it is probably best that you redirect your attention elsewhere. As charming as they may be (and they often are when they are at their best) one needs to develop protection against psychic vampires because ultimately they will hurt you.

Psychic vampires exist along a continuum of conscious to unconscious action. On the first extreme, we're dealing with people who are almost certainly are narcissistic [psycho, socio]paths, conscious manipulators who are empowered by the emotional energy they drain from their dependent flock. Obviously, such people are to be avoided at all costs and best left to the professionals to deal with. On the other extreme are those who due to their own impulsivity or lack of security, is a lot needier and have more affective instability. They may even be aware of their vampiric behaviour and feel terribly guilty about it. Unlike the pathological, if one is willing, able, and patient, then these vampiric souls can become a better version of themselves. It will take time and effort because they are, in effect, learning to establish new and unfamiliar pathways in their own brain. Some vampires you want to dispel; others you wish to turn.

Letting go does not just involve vampiric people but also vampiric activities and attachments in one's own life. Most psychic vampires are not like that all the time (indeed, some can be utterly amazing people when they're not being draining), and all of us can be a little bit vampiric at times. Identifying our own vampiric behaviours towards others and toward ourselves, is essential. Are we wasting other people's time and draining their energy? Are we wasting our own time and our energy? When one makes an assessment of the time and activities that we engage in that do not help ourselves and others, when supposedly so-called fun and harmless distractions take up excess time and emotional attachment, then we're in the realm of vampirism. We're literally sucking the life from others and from ourselves, retarding our own personal development and empathy. It is little wonder to discover that clarity in one's own self-concept and associated activities also enhance empathy towards others. This brings us back to the original essay; how do you think empathic people treat others? 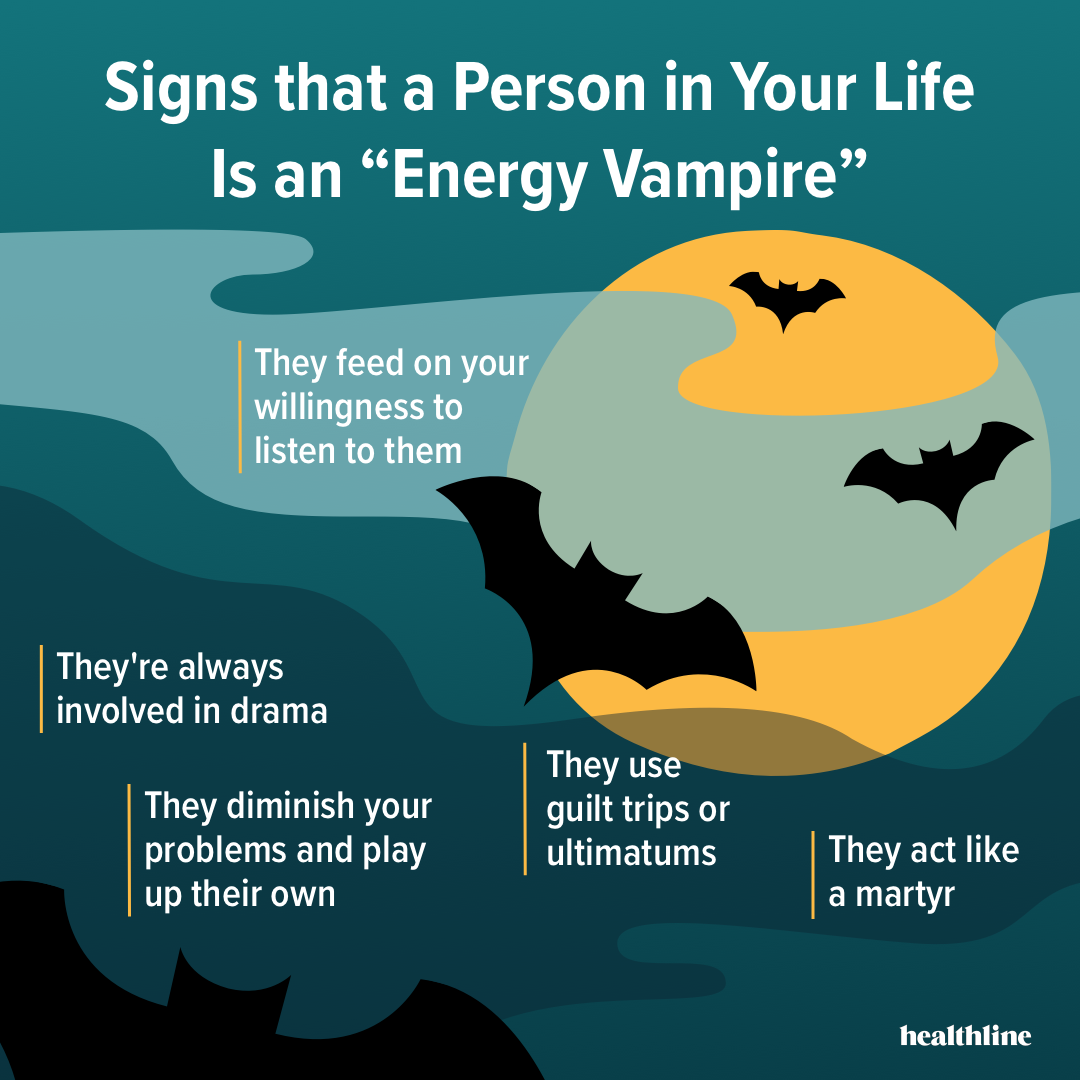 This is also an example that

This is also an example that is subject to a conscious and unconscious continuum range.

- - -
Surprisingly to some, "love bombing" is the most crucial stage of the abuse cycle for several reasons. First, the dopamine high of being love bombed makes victims feel they have met their soul mate and has the dual outcome of isolating them from critical supports. Once hooked, this serves as intermittent reinforcement for victims by creating what is known as a trauma bond.

The trauma bond also lures victims back, desperately seeking the loving, adoring partner they fell in love with. But the abuser is the real person; the kind, loving one is a mask, created purely to trap victims. Perpetrators use the tactic of mirroring to make victims believe they are the perfect partner. They love everything you love, share all your values.

Perpetrators are also very good at feigning emotions they do not feel. Those capable of causing pain to others are extraordinarily adept at cognitive empathy: the ability to recognise and intuit emotions, and manipulating them. But they often lack emotional empathy — the ability to feel or care about the pain they are causing.

This cycle is "crazy making" for victims who believe the love is genuine because the emotional manipulation — the intense flips from love to "hate" — is so extreme.

So, the dynamic becomes one in which the victim desperately wants the person they fell in love with to return, while the perpetrator starts to devalue them; setting up a benchmark of perfection for the victim that is impossible to attain.

Once love-bombed, devaluing then kicks in: a perpetrator will begin withdrawing displays of love or blaming manufactured relationship "problems" on the victim and their behaviour. Any "sleight" sets them off and quickly places victims in the "bad person" category. It's rarely logical or predictable.